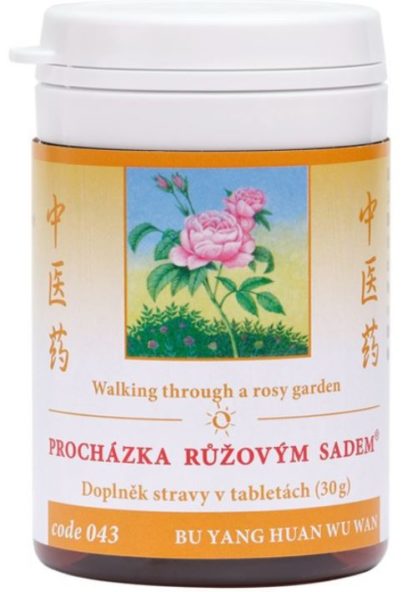 Affects according to traditional Chinese medicine:

In China, it is used e.g. for the following diseases:

Description according to traditional Chinese medicine – When QI is strong enough, then it increases blood XUE circulation similarly like pumping “Darling” gets water flowing. If QI is weak, water in our imaginary riverbed is stagnant, subsequently blocks, even clogs the flow, and nourishes insufficiently the banks with their vegetation (tendons, ligaments, muscles …), which are gradually drying out and sometimes even dry up – that’s abbreviated the principle of emerging difficulties and diseases based on primary QI deficiency QI XU with subsequent secondary blood blockade as a result of deficiency YU XUE XU, which blocks pathways JING LUO and their connecting channels in muscles, tendons, and ligaments. Lack of QI energy QI XU with blood stagnation because of deficient YU XU XUE disrupts the function of the tongue, which is then manifested by its impaired mobility with speech disorder. Lack of QI energy QI XU impairs the descending function of the stomach WEI and blocks up the natural circulation of QI in other Yang organs (the lungs FEI, bowels CHANG, bladder KANG PUANG), which then also causes a disorder of patency for stools – constipation (stool stays in the bowels for a longer time and is drying out).  White coating on the tongue then confirms the lack of QI energy QI XU. A similar mechanism of origin is, according to the TCM, also in so-called atrophic (WEI) syndromes, where there is the primary QI deficiency QI XU with secondary blood stagnation as a result of deficiency YU XUE XU. This mixture is administered in the long term to strengthen deficient QI energy QI XU and to brisk up the subsequent secondary blood blockade from the lack of YU XUE XU and to remove the blockade in the JING pathways and their connecting channels LUO, but it fails to dissolve the phlegm TAN and should be administered on the long-term basis.