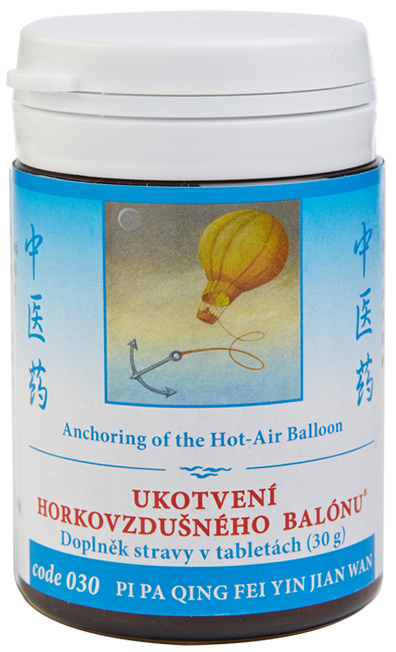 Description according to traditional Chinese medicine: This is a modification of the original Chinese herbal mixture QING FEI WAN, adjusted to meet our today’s needs. It is used in case of full heat attack on the lung pathway, causing respiratory and skin problems. This condition corresponds to an attack of heat against the 2nd layer of QI and is caused by external harmful wind FENG XIE adding up to the already present heat in the lungs FEI RE, which results in the formation of hot wind FENG RE along with hot toxin RE DU in the affected areas, both in the lungs and on the skin.
Respiratory problems are manifested by symptoms such as cough with yellow mucus, shortness of breath, fever, constipation, dry stools, dry mouth and nose, feeling of stuffy, impassable nose.
Skin problems are manifested by symptoms such as red and swollen nose, red pimples, bumps and inflammatory redness around the nose, acne with black or white head (comedones), burning of the skin which turns red when pushed. It can be also suitably combined with herbal mixtures to dissolve and cool down heat due to excess, e.g. for respiratory problems with the herbal mixture Birth of the Phoenix (code 009) or Shade of Brocade Veil (code 012) or Cooling of the Cooking Range (code 013), for skin problems e.g. with the herbal mixture Five Calm Volcanoes (code 011), Drying Up the Rice Terraces (code 021) or Sloughing of the Snake Skin (code 019), etc. (for more information see Cough).